Following the successful tradition of previous meetings, the 11th Biennial Congress of the European Association of Oral Medicine held at the Hilton Hotel, Athens 13-15 September 2012 proved to be informative, rewarding as well as enjoyable.

The local organizing committee worked hard in order to present a stimulating academic program supported by entertaining and cultural social events which included a guided tour to the Acropolis museum and a reception at the Astir Palace Hotel with music, folklore dancing and Greek cuisine.

An innovative Opening Ceremony commenced with welcome messages from the President of the local Organizing Committee, Professor Alexandra Sklavounou and the EAOM President, Professor Jose V. Bagan (who was also nomitated honorary member of the Hellenic Society of Oral Medicine and Pathology).

The Rector of the National and Kapodistrian University of Athens, Professor Theodossios Pelegrinis formally opened the Congress and Dr. Helen Askitopoulou Professor Emeritus, gave the keynote lecture entitled “Hippocratic Medicine: The origins of Oral Medicine?” The formal elements of the Opening Ceremony concluded with a video highlighting the significance of oral health and the contribution of Oral Medicine to the preservation of intact oral tissues. Delegates then enjoyed cocktails by the swimming pool.

The Scientific program of the meeting was both rich and informative. The two plenary sessions considered the challenging subjects: Potentially Malignant Disorders (PMDs) and New Therapeutic Approaches.

The first plenary session on oral PMDs provided an up-to-date and comprehensive review of the current status in the field of PMDs by international experts, focusing on new concepts and future prospects in both diagnosis and management.

The second plenary session, New Therapeutic Modalities in Oral Medicine exemplified the successful effort of the Organizing Committee to provide the most up-to-date and pertinent information regarding the clinical management of various oral diseases. World-renown experts in Clinical Oral Medicine delivered excellent lectures on diverse topics of major clinical significance.

In addition to the two plenary sessions, a great effort was made to provide the delegates with contemporary knowledge and practical information, directly applicable to everyday clinical practice. In this regard, the Scientific Program included two sessions of Updates on Diagnostic and Therapeutic Dilemmas in Oral Medicine and two sessions of Clinicopathological Conference.

The Update sessions featured a diversity of clinical relevant topics, each one of which was first reviewed and then critically discussed by a pair of skilled clinicians and experts in the corresponding fields.

The Clinicopathological Conference expanded on the successful experience of previous EAOM meetings and included a total of 8 cases. A discussion on the diagnostic difficulties of each case with the active participation of the audience followed culminating into an enjoyable, collegial and didactic experience for all participants.

Last but not least, the Scientific program was characterized by the large and enthusiastic participation of the delegates with an impressive number of scientific presentations. In total, 212 scientific papers were presented including 189 poster presentations (with 14 poster reviews) and 23 oral presentations (10 oral cases and 13 research papers). Finally, Professor John Greenspan from the U.S.A. gave an informative lecture on the International Sjogren’s Syndrome Registry, while the two recipients of the EAOM Bursary Awards for 2011 and 2012 presented their research reports. The first EAOM diploma exams were held at the Athens meeting; with the successful candidates being awarded Diplomas at the gala dinner by the outgoing President of the EAOM, Professor Jose Bagan, who also presented the prizes for the best case oral and poster presentations as well as the young scientist awards.

Honorary fellowships were granted to Professor Saman Warnakulasuriya (UK) and Professor Tony Axell (Sweden) for their substantial contribution to Oral Medicine in Europe and worldwide. Professor Sklavounou and her organizing team were congratulated and thanked by both Professor Jose Bagan and Professor Stephen Porter (in coming President). This was a highly successful conference, bring together over 300 delegates from more than 40 countries. The historical setting combined with the enthusiasm of all involved ensured that all participants had an enjoyable and fruitful experience. 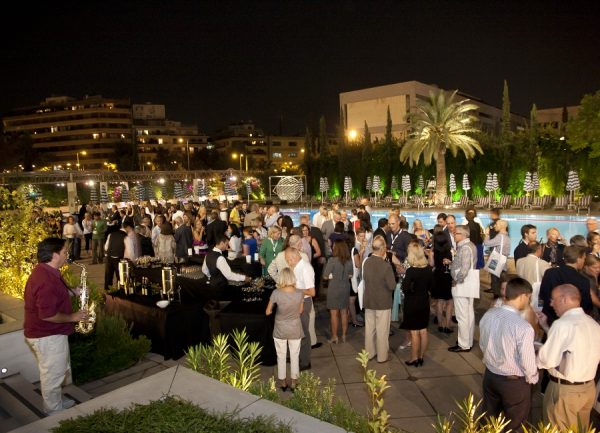 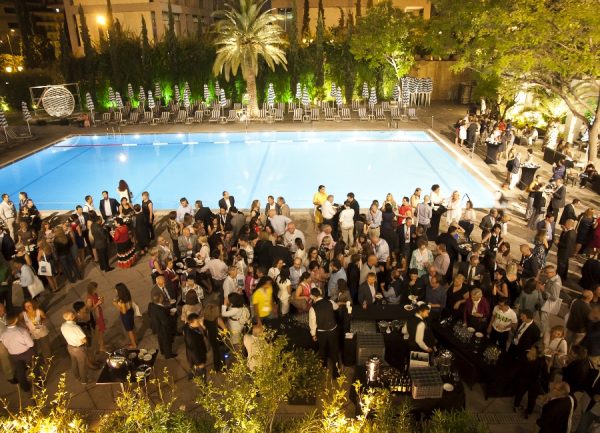 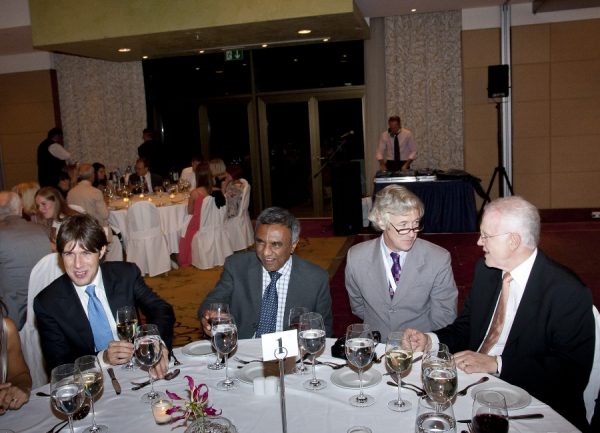 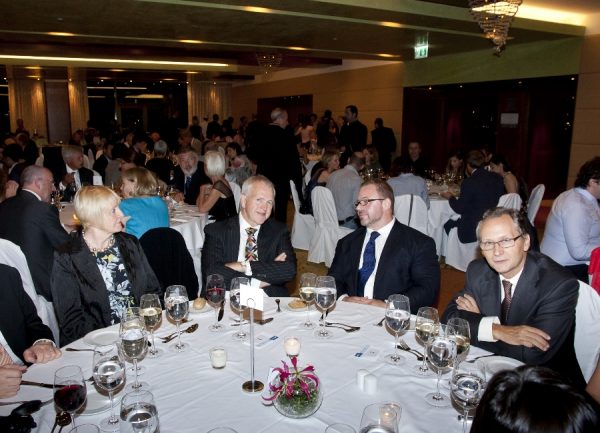 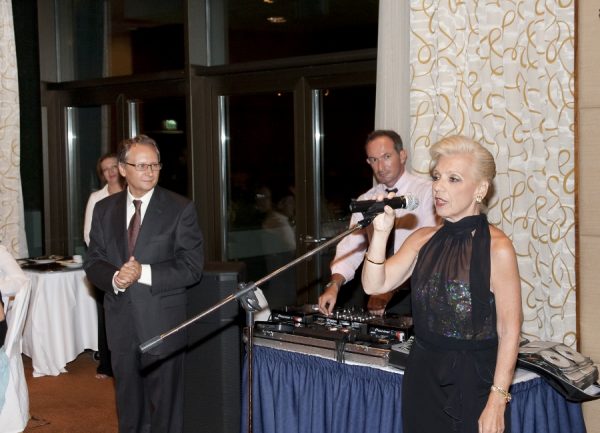 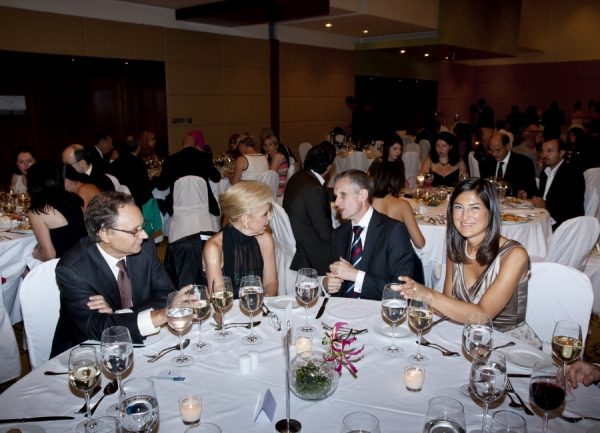 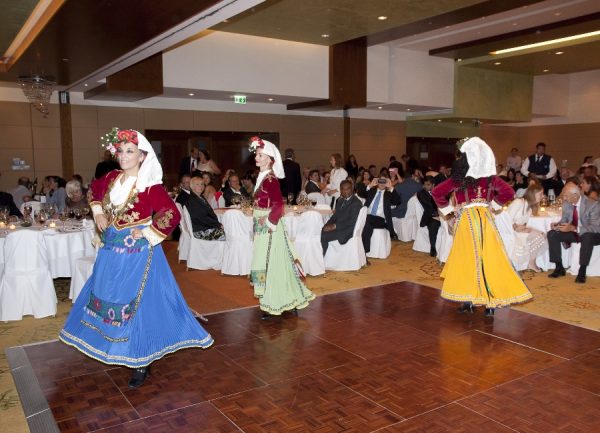 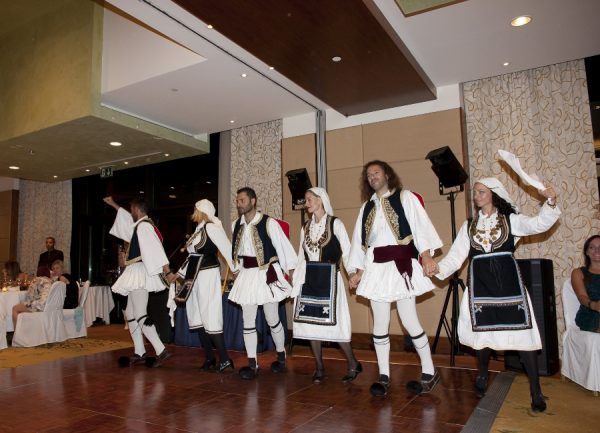 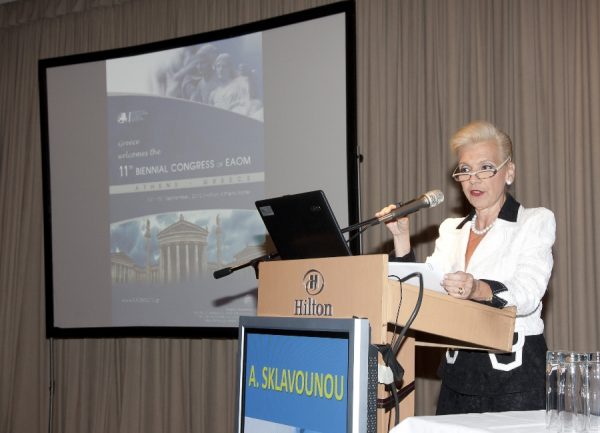 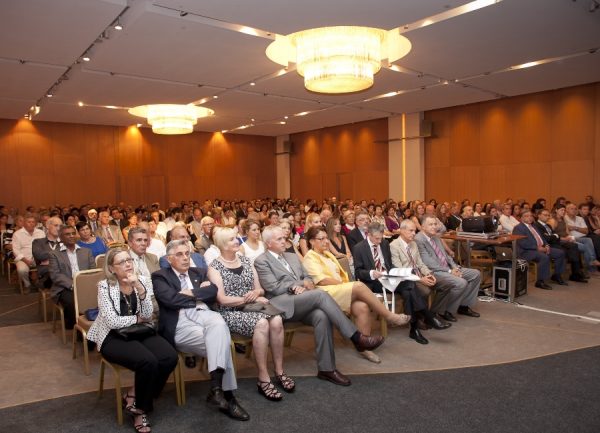 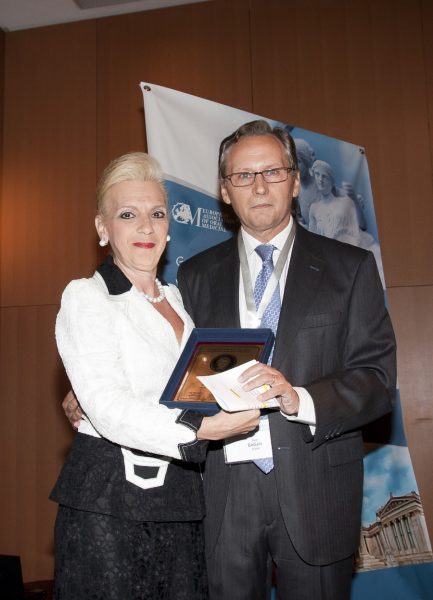 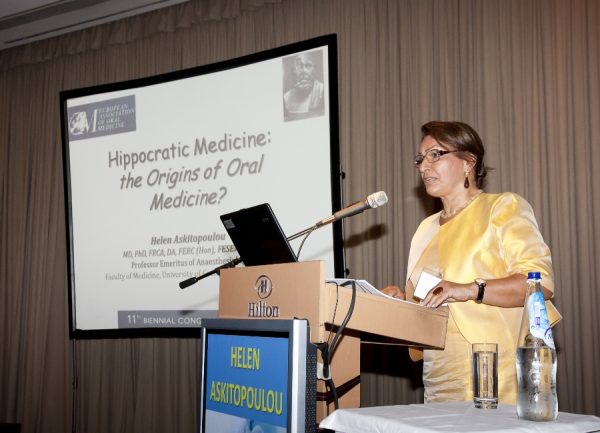